Both Young and Old Moved By Pontifical Mass 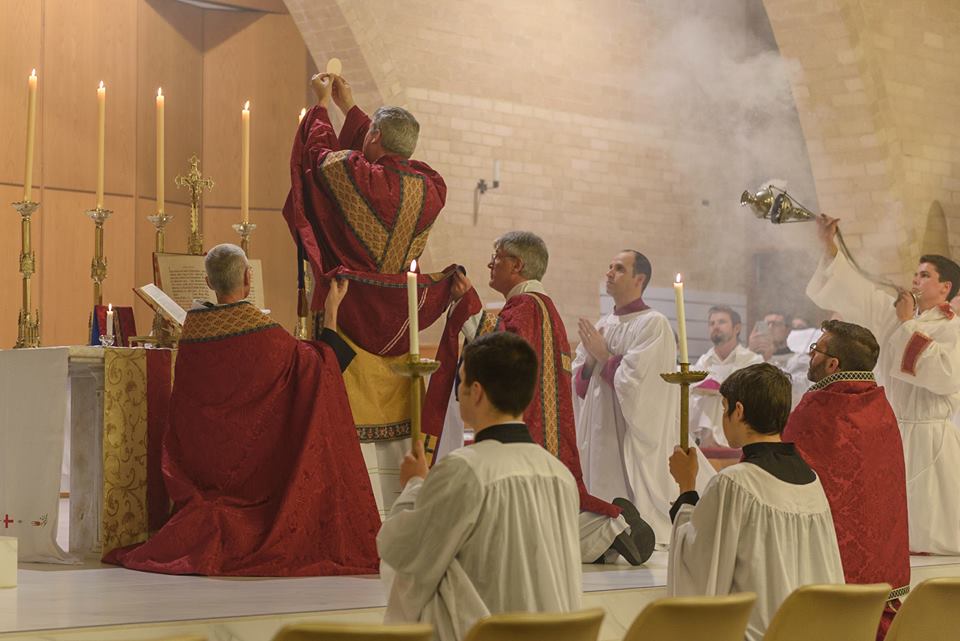 The people of Arcadia, in the rural outskirts of northwest Sydney, were blessed with a Solemn Pontifical Mass on Saturday June 10th 2017.  The Mass was celebrated by Most Rev Bishop Richard Umbers, auxiliary Bishop for the Archdiocese of Sydney.  With all the bells and smells of this sublime liturgy, together with music lead by The Australian Sacred Music Association, it was a moment of much grace for all who attended.

Some commented that this was possibly the first ever Pontifical Mass in the Diocese of Broken Bay, which was formed well after the introduction of the new missal after Vatican II.  It was a transformative experience for all who attended.  Some in attendance had been to the Traditional Mass many times before, but there were also many who had little or no experience of this form of liturgy.  Many commented on how they experienced the power of God, while others talked about the sense of sacredness they felt.  Young and old were moved, preconceived ideas were forgotten, conversations were opened between parents and teenagers and there were children talking about the Mass for days afterwards.  One must contemplate the question, when does a teenager go to Mass and feel so moved that they talk about it for days afterwards?  Whilst the experience touched each person in their own way, all were uplifted and moved closer to God.

Pope Benedict XVI encouraged the Church to increase availability of the Classical Roman Liturgy, which he said was our “Holiest and Highest Possession”.  This event was another sign of the growing number of young people and families discovering this form of liturgy and getting great spiritual benefit from it.   For the young people who had put in many hours, perhaps over years, serving their “apprenticeship” as a server or singer, it was a moment of enormous excitement to be led in the Traditional Mass by an Australian Bishop.  With around 20 young men serving at the altar, all with important roles, with such devotion and discipline, one could in some way liken it to an army.  Together with the music, all the detailed symbolism and the leadership of the Bishop, it contributed to an awesome experience, where one felt a sense of confidence, or even certainty,  that there is no force more powerful than God. 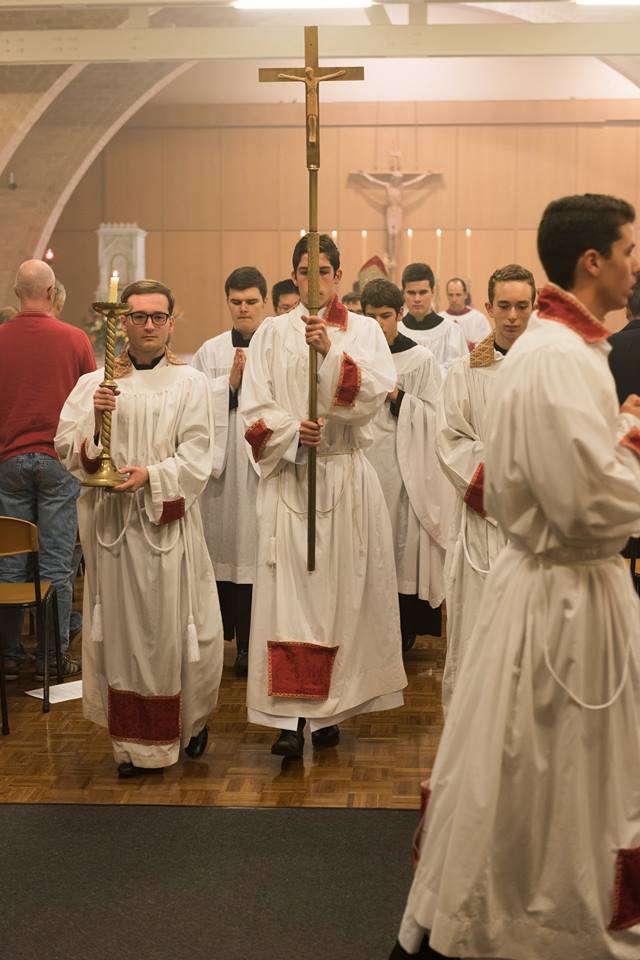